On September 14, during the celebration of UCU Days, the inauguration of first-year bachelor’s-degree students and the official awarding of scholarships took place. Friends, parents, and donors came to greet the students. 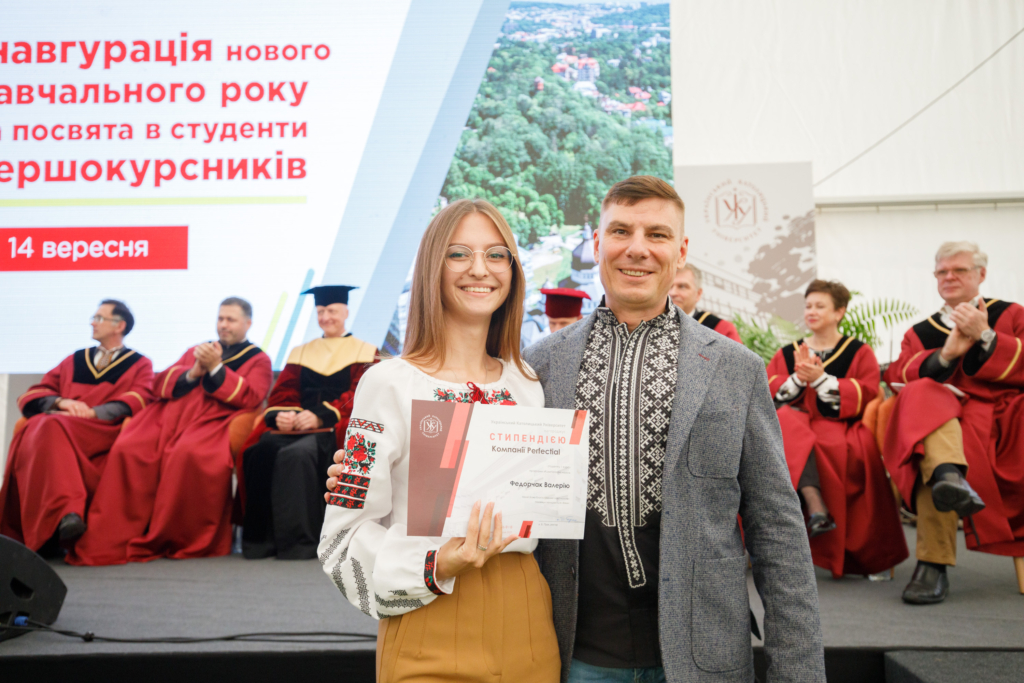 This year, 193 donors from Ukraine, the United States, Canada, and Europe supported the Ukrainian Catholic University. Thanks to these funds, which the UCU Charitable Foundation receives, students have been provided with 360 named scholarships, which fully or partially cover the costs of a student’s education or residing in the Collegium while enrolled in a formational program. 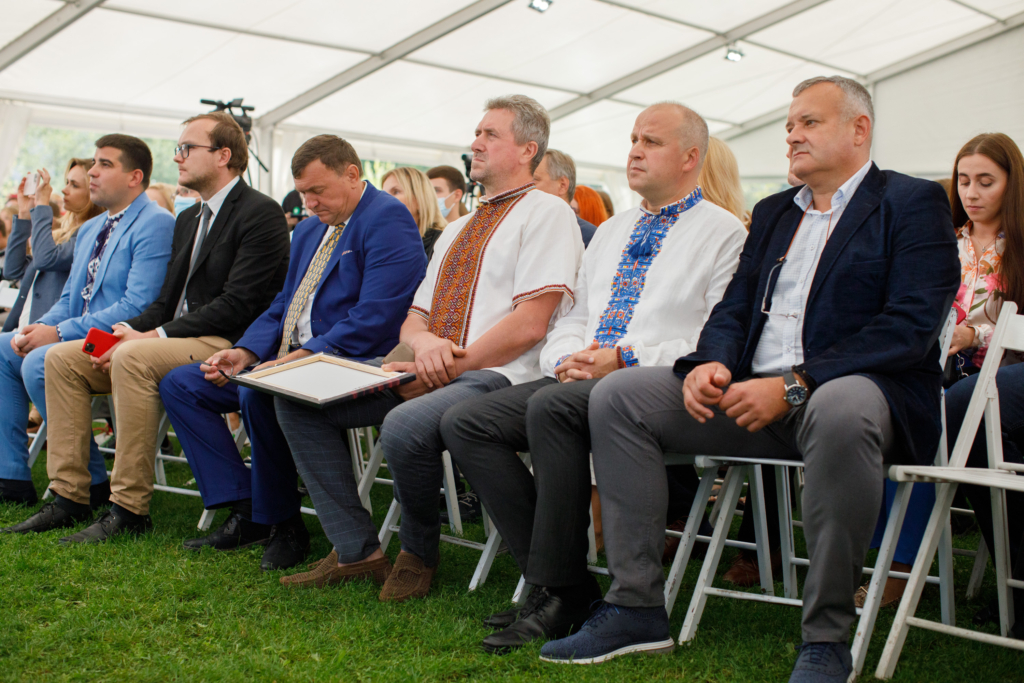 Ivanna Mohyliak, who is responsible for the implementation of the financial support policy for UCU students, says, that due to donor contributions, the university can support students who, because of their social status or some economic difficulties, cannot pay tuition.

“Thanks to our donors, we can support prominent youth. This year, we received 195 applications from third- and fourth-year students for social scholarships; 145 students fulfilled all the requirements and received a scholarship. Almost 30% of first-year students received academic-social scholarships, social scholarships, and scholarships offered by their faculty. To get a scholarship, a student has to apply for it in due time, provide required documents, and take part in an interview. It is important to maintain further communication between the awarded student and his/her donor because, through correspondence and reports, students can tell more about their achievements. Proper reporting, academic excellence, and social engagement are often the key to being awarded a further scholarship.” 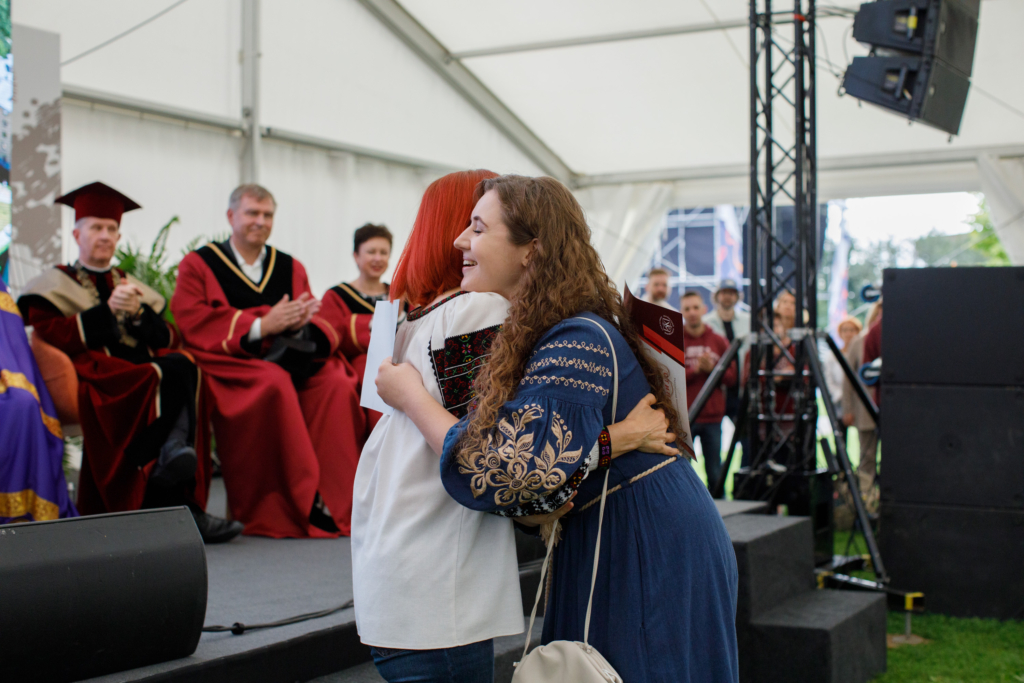 Awarding a scholarship from a charitable foundation “Believe in yourself”

Olha Zarichynska, head of the UCU Development Department, notes that donors have supported the Ukrainian Catholic University for nearly 30 years. “Donors gave UCU the opportunity to grow from a small university to a university that is recognized at the state level and worldwide. This support is a partnership which allows us to improve the quality of education based on Christian ethics and prepare a new generation of Ukrainians. Such an investment is the key to the nation’s success in the future. We appreciate our donors, remember them, and express gratitude in prayers. After all, without their help, we would not be able to work,” – says Olha Zarichynska.

During a visit to UCU, Mrs. Ksenia Olesnytska-Kuzmych, a university donor from the U. S. (Florida), said that she was touched by the humanity and respect for the dignity of every human person, regardless of background, social standing, etc. “I was most impressed by the attitude towards persons with disabilities, who were hidden in remote institutions in Soviet times. I saw that students help them and make friends with them. I wanted to support UCU by establishing annual scholarships in honour of my great-grandfather, Fr. Mykhailo Valnytskyy, who was an assistant to Bishop Hryhoriy Khomnytskyy and rector of the seminary in Stanislaviv [now Ivano-Frankivsk), and in honor of my grandfather, Fr. Ivan Valnytskyy, who served his sentence in Vorkuta (Russia) for refusing to renounce his faith and was a UGCC underground priest” – noted Mrs. Olesnytska-Kuzmych. 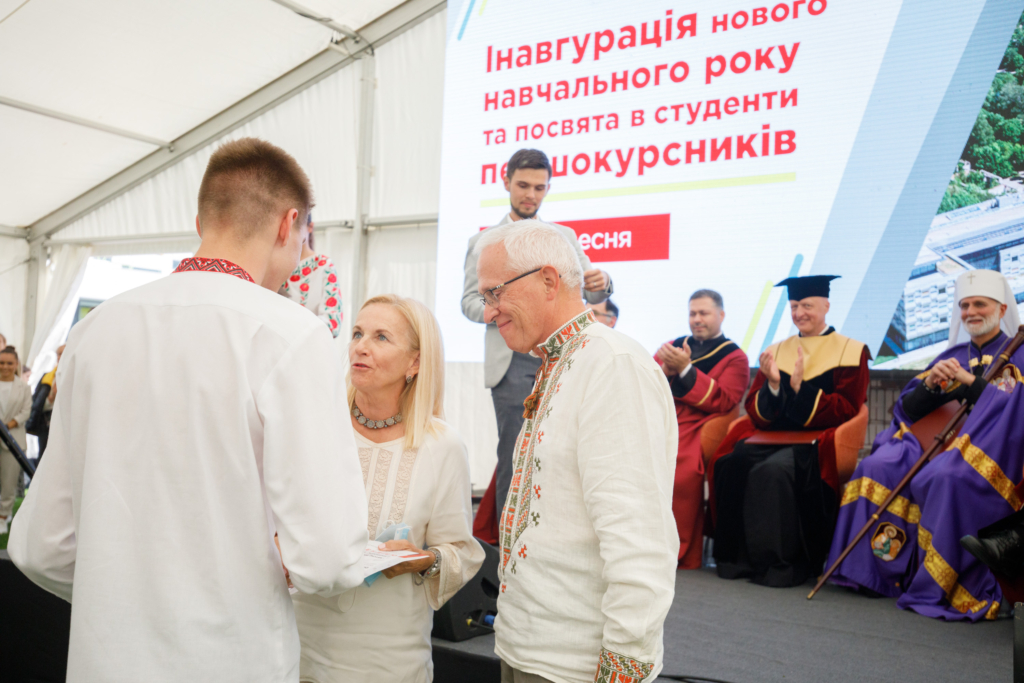 “The circle of UCU donors is growing not only abroad, but also in Ukraine”. ­– Olga Zarichynska continues. – “It is very pleasing, because philanthropy was destroyed during the Soviet period, and the understanding of support for higher education was completely eradicated. UCU has managed to restore a culture of charity in the educational system. Ukrainian donors increasingly understand why education needs support and investment. Our cooperation is of mutual benefit because we educate students who become good professionals in business, management, economics, and communications. Our graduates are proof of that, because, after leaving their Alma Mater, they also become its donors.” 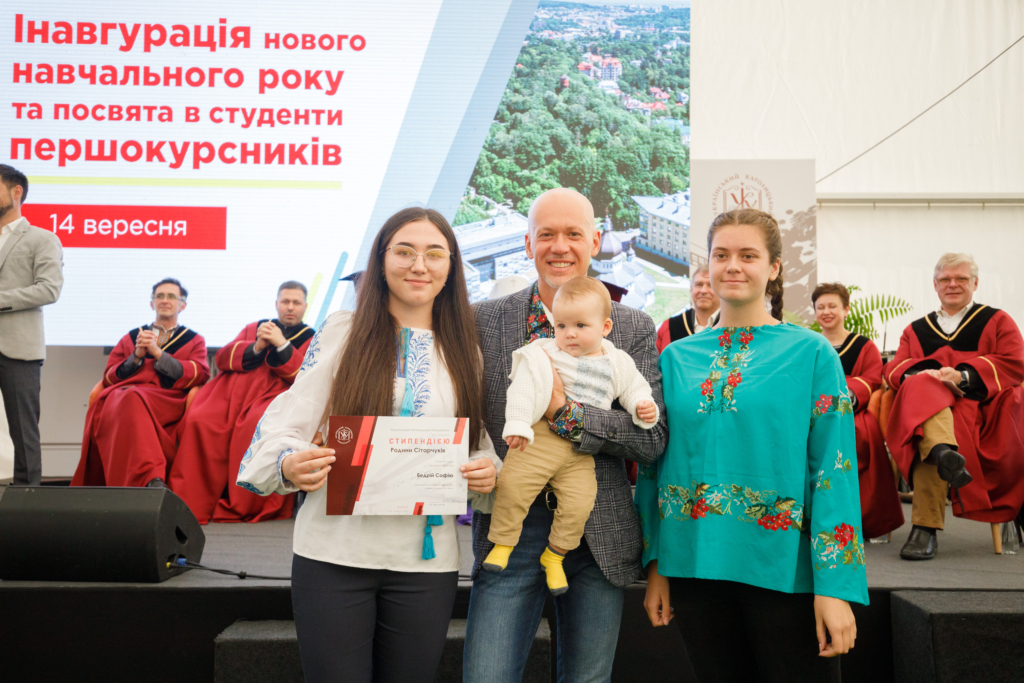 UCU donors are the Sitarchuk family with a scholarship holder

For example, Ivanna Maksymyshyn graduated from the Social Pedagogy program in 2011 and recently signed up for monthly charitable donations supporting her Alma Mater. According to Ivanna, during her years of study, thanks to healthy competition, she was awarded scholarships every year: “For me, receiving a scholarship has always been a thrilling and special moment. And now, on the 10th anniversary of graduation, I join the monthly supporters of the Ukrainian Catholic University, and I want to say sincerely: ‘Thank you for the scholarship! Thank you for still feeling part of a great friendly community.’ I am happy to join various events and contribute, so that every year the title ‘UCU graduate’ sounds more and more prestigious.”

A summary about UCU scholarships:

Each year, the university raises about 1 million USD in scholarship programs (data for the last three years).

55.5% of the university’s entering class came from the 5% of the best high school graduates according to the results of three EIT certificates. Last year, this result was 55.7%.